Mobile Monetization Predictions for 2022 and Beyond

To stay on top of the market, you'll want to plan ahead 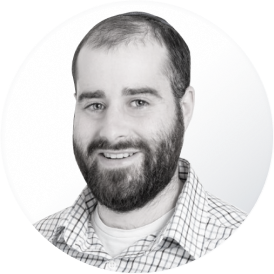 Businesses are already spending some $200 billion each year on in-app advertising. Propelled by 19.96% compounded annual growth, that number is expected more than double over the next 6 years.

On the consumer side too, the market is hot and getting hotter — with user spend reaching $133 billion in 2021 and growing at a nearly identical 19.7% clip.

With that type of growth, serious market changes are a foregone conclusion. The only question is what form those changes will take. That's the question that this article endeavors to answer, at least in part.

Only last year did spending on digital advertisements surpass traditional ad spend. In 2022, we expect something similar to happen within digital — with the mobile ads eclipsing their desktop counterparts.

This may sound like a big deal, but the fact is it's long overdue. Way back in 2017, mobile leapfrogged desktop as the primary engine of internet traffic.

Now that the tide has turned, a tsunami is swelling. App businesses will either get on top of this sea change and ride it to new heights, or they'll get swept up and crushed by it. Which one depends on how quickly and how well they react to changing market dynamics.

It's Not Just the Game, But the Rules That Are Changing

In formulating these predictions, we've tried to strike a balance between being grounded and data-driven — extrapolating current trends forward — without being too predictable and unimaginative. With that in mind, these are our top mobile monetization predictions for 2022 and beyond.

I hate to be a party-pooper, but I just cannot shake the sense that the mobile games market is seriously overheated.

There can be little doubt that pandemic-induced escapism was a boon for the industry. According a study published in the Journal of Child and Adolescent Clinical Psychology1 (conducted in coordination with 5 universities across 3 different continents), the pandemic spurred a 2X increase in adolescent gaming. To varying extents, this same overall effect has been observed across all demographics.

But the thing is, pandemics don't last forever. And when COVID-19 ceases to dominate our everyday lives, gaming demand will inevitably retreat. (Bonus prediction: the pandemic will wane and fade away over the course of 2022.)

At the same time, a strong argument can be made that the mobile gaming market is fundamentally oversupplied. Today, there are nearly 160,000 game publishers on Google Play. For context, in 2015 there were less than 10,000 digital gaming companies globally — including arcade, PC, console, and mobile.2

While no one likes the "b" word, it'd be hard to deny that this has all the ingredients for a bubble. Which is why we expect the mobile gaming industry to take a few steps backward in 2022.

This backslide will have a larger ripple effect across the mobile landscape — challenging, for example, the dominance of standard free-to-play monetization models that lose some shine without the surge in gaming.  Which brings us to our second prediction...

92% of apps in the App Store are free. On Google Play, 97% of apps are free. While those numbers may seem very similar, the gap between them betrays a very significant difference. A difference that will transform mobile monetization strategies in 2022.

It's not the 92:97 that's so telling, but what's missing from those numbers. If we flip the framing, we see that paid apps are more than twice as prevalent (proportionally) in the App Store.

iOS is not only more hospitable to paid apps, but makes more money while moving less product. This is not a fluke; it's a defining characteristic of the iOS app economy.

It should be noted that the average iPhone costs about $800, while the average Android costs about $350. While smartphones today are practical necessities for modern work and life, iPhones remain luxury goods. And that distinction, perhaps unconsciously, carries over to the apps running on the phone.

Normally, the higher the price, the lower the effective demand of a good. For luxury or Veblen goods, however, these principles actually reverse.

These goods are not defined by their physical properties or functionality, but by the perception they build — the sense of status and exclusivity that they impart.

For these sorts of products and services, the more premium the experience, the more the market values it. But it's more than that.

The typical iOS owner tends to be more economically advantaged that the typical Android user. With that advantage comes more disposable income and greater per capita spending. This is why, despite the barrier-to-download, twice the percentage of App Store apps are paid. It is also why despite iOS only having around 25% market share, it accounts for the majority of app generated revenue.

In 2022, these defining qualities of the iOS app market will be more fully embraced. While free-to-play offerings will continue to dominate on Android, iOS strategies will shift to something more premium.

Of course, some iOS apps can't justify direct, upfront consumer costs and aren't good candidates for IAP. But that doesn't necessarily mean that publishers will give up on the value of a luxury, ad-free  positioning.

Expect new monetization models to emerge. Some will look to group apps together into subscription packages while others find ways to monetize through data rather than directly through IAP, IAA, or subscriptions.

When Apple first unveiled the iPhone and introduced the idea of an app store filled with whatever software products developers could dream up, it leveled the playing in a big way.

Suddenly independent developers and scrappy upstarts had direct and unfettered access to a mainstream distribution channel. For an industry historically dominated by large corporations and oligopolistic interests, that was a very big deal.

Quickly though a trend toward market consolidation took hold and ever since the deck's been stacked against new and smaller players. Already by 2016, the top 1% of publishers accounted for over 90% of app store revenue.

In 2022, we'll begin to see the first signs of that consolidation reversing. There are a few different factors contributing to this inflection point. For one, the fallout from Epic's fight with Apple has resulted in a significant change to Apple's revenue share arrangement.

For developers making less than 1M a year, Apple lowered its take of app revenue from 30% to 15% of app revenue. This makes it hugely easier for new and smaller developers to get their businesses off the ground.3 But that's not the only good thing going for the underdogs.

With the popularity of paid apps soon to be on the rise — as explained above — smaller developers with pockets that aren't so deep will be better positioned to earn money in the short-term and build momentum in the long-term.

Similarly, with the rise of multi-app subscription packages (mentioned in the previous prediction) will open the door to inter-portfolio subscription models. Small, enterprising publishers will use this to their advantage — pooling their resources and collective appeal to more effectively compete with their bigger rivals.

Propelled by these tailwinds, expect smaller publishers to gain ground — stemming the tide of consolidation and pushing the market toward greater diversification and decentralization of supply.

Already in 2017, IAB's New Standard Ad Unit Portfolio introduced a variety of future-friendly ad formats — 360°, virtual reality, and augmented reality, etc. — that still hadn't been broadly put to use by the end of 2021.

In 2022, that will change — with mobile formats becoming a veritable playground for ad innovation. Specifically, we expect to see native advertising taken to the next level — led by mobile gaming. We'll increasingly see placements that blend the lines between game content and ad content. We might even begin to see in-game product placements like we're used to seeing on TV and in movies.

Similarly, we'll begin to see the much-anticipated expansion of virtual and augmented reality into everyday life — including within the world of advertising. Look for companies like Admix, Unity, and Meta to lead the way with infrastructure to power this brave new world.

This push to redefine and expand the boundaries of standard mobile advertising will be goaded on by renewed publisher appetite for direct ad sales. With less to optimize programmatically following the adoption of in-app bidding,4 app makers will shift their focus to building out direct sales channels — something long neglected in the app space. That'll mean more innovative ad products fueling more ambitious campaigns.

All these factors will come together to make 2022 the year that "standard" ads are totally transformed.

The fast-growing and faster-moving nature of the industry has led to business strategies that demand breakneck growth to the user base. With so much competition and such a flood of content, anything short of that and you might as well surrender right out of the gate.

As a result, short-term profitability is often mortgaged in exchange for long-term positioning. A clear-eyed embrace of this type of growth at all costs approach can sometimes lead to neglect of the monetization program — with it being given less attention and investment.

With VCs tightening the purse strings, credit lines drying up, and lenders demanding higher interest rates, 2022 will see the app industry's focus on the future balanced against the need for near-term bankability. Practically, this will translate into greater investments in tools and teams that can deliver quick ROI. 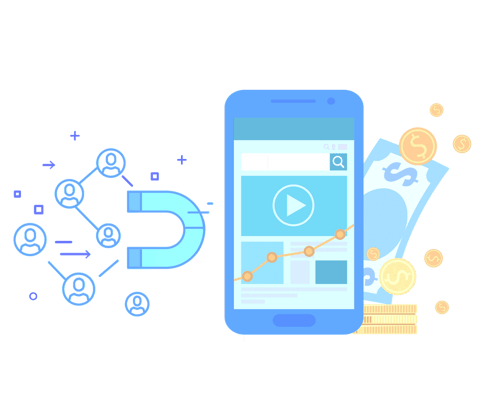 With both sides of the growth coin — UA and monetization — adrift in a sea of data and shifting consumer preferences, operational agility has never seemed so essential and so elusive. Wading through all the noise and nuance to detect and do something about those things that move the needle — for users and bean counters alike — is a monumental challenge. Which is why app businesses will look to tool up in 2022.

Analytics investments are nothing new to the industry, but the emphasis on near-term actionability does add a new wrinkle. Motivated by the need for real-time guidance, app developers will embark on a sort of arms race. Expect augmented analytics solutions that combine monetization expertise with machine learning & anomaly detection to quickly set a new standard across the industry.

The Future of Mobile Monetization is Now

The rules of the monetization game are changing and smart firms will leave no stone unturned as they look to stay out ahead of the curve. The publishers that adapt to these trends early will reap the benefits for years to come.

We don’t have a crystal ball so we can’t be absolutely certain about what the future will bring. But one thing is clear: the app ecosystem of tomorrow will bear faint resemblance to the reality today.

App monetization is only going to get more complicated. In lieu of a crystal ball, we reckon these predictions are the next best thing.

Think we’re totally off the mark? Keep your stupid opinions to yourself! Just kidding.

Let us know how you think the industry will change in 2022 and beyond and, if you can, tie it to a current trend that we can already see in development.

Programmatic Ops App Bidding and the Future of Ad Monetization As the app industry grows, consumer preferences change, and business strategies evolve, monetization teams must adapt to keep up. It may be easier to plan for what you know — to plan for the present... 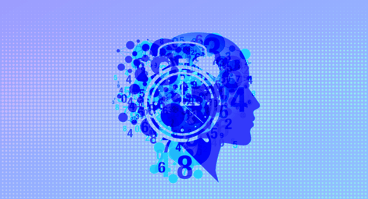 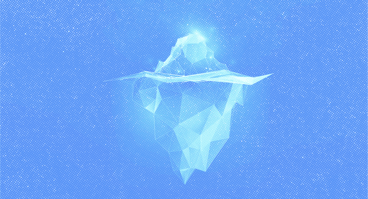 The Publishing Industry For Monetization Issues, Detection Is Just the Tip of the Iceberg To make money, digital publishers run ads. The stronger the brand, the more advertisers are willing to pay for access to the publisher’s audience. Success comes with strong brands and large...